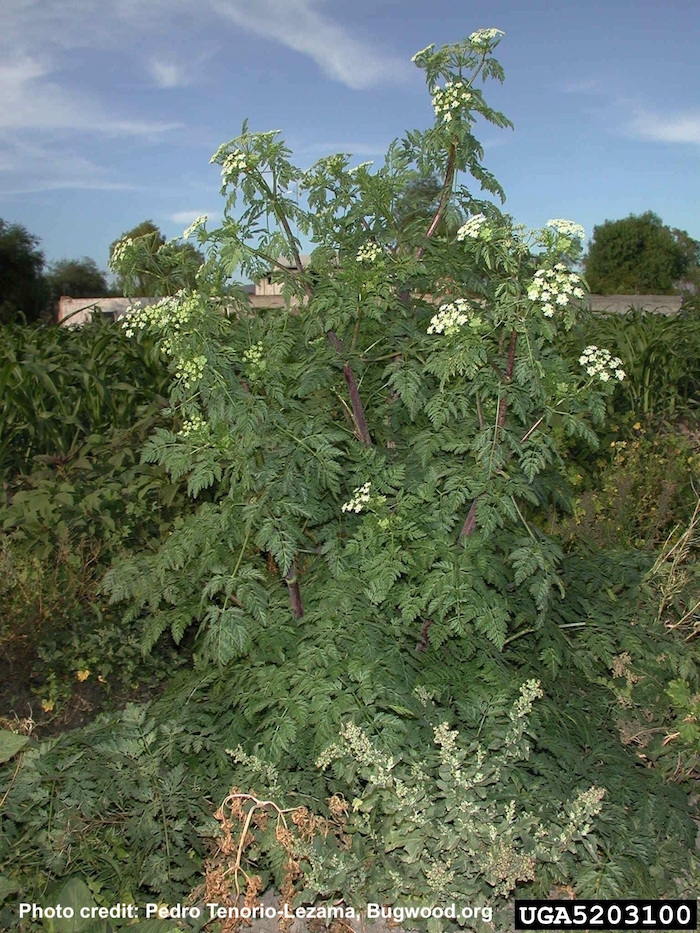 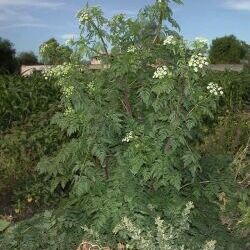 It is a biennial forb with white flowers in umbrella-like clusters supported by a stalk. The leaves are fern-like, finely divided and segmented on short stalks. The leaves smell musty. It grows up to 3 metres tall and flowers between April and July. It reproduces by seed only and can be viable in the soil for approximately 3 years.

Poison Hemlock is often found along lake shores, riparian areas and ditch lines. It can tolerate dry soils as well as flooded areas. It is common in wet areas in BC like the coastal area and some wetter areas in the Kootenay, Okanagan and Cariboo regions. It was introduced from Europe.

WARNING: All parts of this plant are highly poisonous to humans and livestock. This plant should be removed or cordoned off with signage. Although ingestion is the main method of poisoning, other skin conditions can occur if this plant is handled. Always use protective gear when treating this plant. Poison Hemlock can crowd out native plants in riparian areas and lakeshores.

LRISS does not recommend treating this plant at all. Hire a knowledgeable contractor. Small patches can be carefully removed if rubber gloves and protective gear is worn. Remove all parts of the plant including the roots.