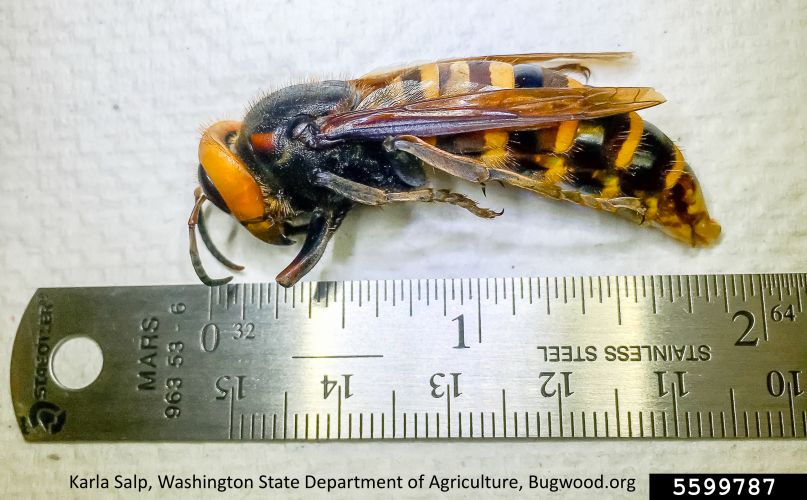 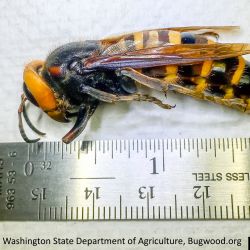 Size: Queens can be 4-5cm in length. Workers are about 3.5cm. Wingspan is between 4 and 7cm

Special Features: It is the world’s largest species of hornet.

Differences:  The major differences are a combination of colour, size and features. The Horntail wask has a similar coloured face but has a large tail that is not a stinger. The legs are also a light colour.  Photos of these species can be found on the BC Ministry of Agriculture Fact Sheet (link in the Resources).

Where did it come from? Asia, south China and parts of Korea.

Where does it live here? Three Asian Hornets were found in the Nanaimo area on Vancouver Island in August of 2019. In December of 2019, a nest was found and removed in Washington State. There have been reports of sightings in Langley and the Fraser Valley in 2020. They are typically dormant in the fall and winter so are unlikely to be seen during this time. They live in nests under the ground only.

When does it reproduce & mature? A queen will mate in the fall and spend the winter months in a sheltered place. In the spring, the queen will find a suitable nesting site and produce about 40 eggs. It takes about 40 days for eggs to mature into adults. Late summer, the queen then produces a very large amount of eggs. Fertilized eggs become the queens of the next season and the unfertilized eggs become the males of next season.

Spreads By: DNA analysis has determined that the hornets found in BC and Washington originally came from 2 different countries: Japan and South Korea. There is no further information about how these species came to North America from these countries (Wikipedia reference, Distribution-NA)

Impacts & Risks
What can I do?

Collaboration: The BC and Washington State governments are working with the Canadian Food Inspection Agency and the US Department of Agriculture to survey, detect and eradicate any known nests. 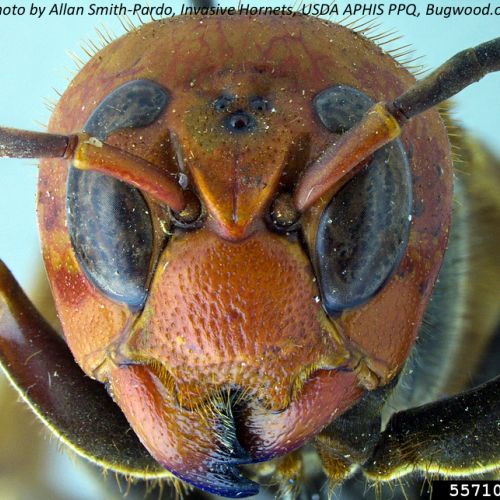 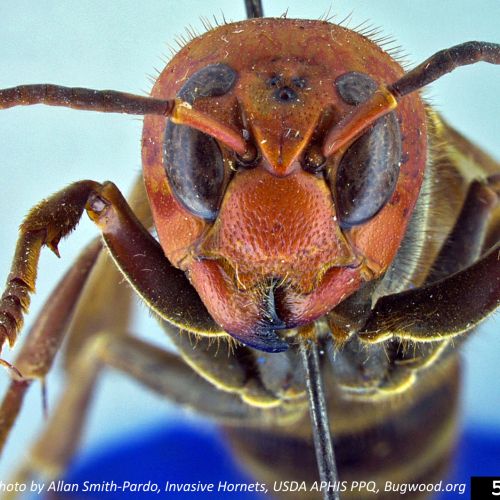